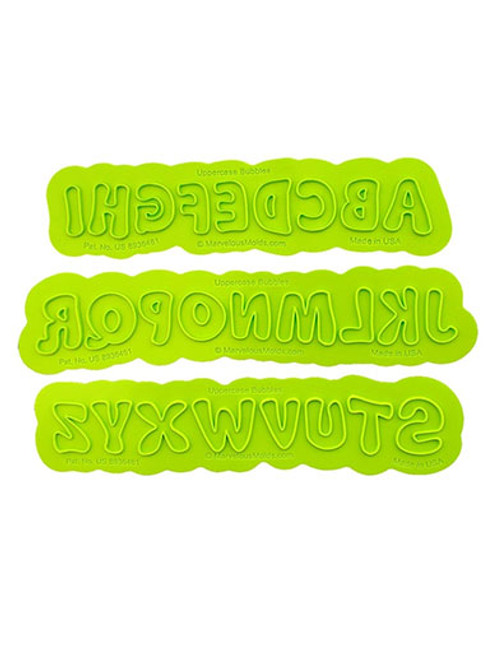 Create letters for words and phrases and easily transfer them to your decorated cakes, with the super flexible Flexabet™ moulds by Marvelous Molds. The filled mould can be applied directly to the cake and peeled away to leave behind the greeting.

Full instructions are included within the packaging. The mould can be simply used by pressing sugarpaste into the mould, then rolling over the mould until the mould has cut through the paste. Then add your finished cut out to the top or side of your covered cake.

Suitable for use with sugarpaste, modelling paste, chocolate and other edible mediums. The moulds are also suitable for non-edible pastes but if a non-edible medium is used in the mould it should not then be used with edible ones.